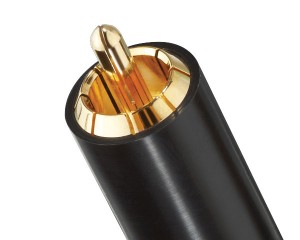 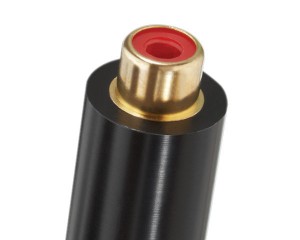 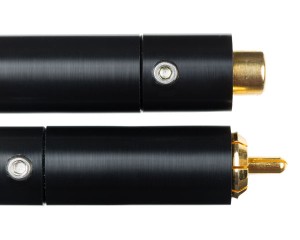 Praised for their performance in controlling the transference of Component Induced Vibrations, and in line with our continual research and development, the MK III advances their performance to a whole new level. The following extracts show that despite some peoples opinions on things that hang from the end of cables, that, just maybe, there is something positive happening.

The Black Bullets make a good case for themselves when used on vinyl, as Paul Rigby’s review in Hi-Fi World June 2012 pointed out “delivery on the June Christy album (The School Girl) sounded more feminine and smoother but also exhibited greater nuance, with both piano and drums having more room to move”

“The effect isn’t a poweful one, but it helps delineate the attack of individual notes, making them sound less indistint (and often less peaky if the recording is compressed) and that makes the upper part of the midband just a bit more open in the process”

Let us not forget, the music we so enjoy carries with it noise created from within the devices. This noise along with the music is being transfered from component to component through the connection made by the interconnect, so anything we can do to reduce the transference of noise has to be good

Try a pair of BB’s in your system under our 21 days return policy, we are sure you will agree.

We reserve the right to alter/amend materials and design as part of our ongoing research.

Have to say, am extremely pleased with the performance boost for a modest outlay. I don’t really know what the bullets do, or how they do it, but my system was singing over the weekend – all aspects were just – better